Adventist Church in Thailand received a special blessing on November 27, 2021, through the ordination of five pastors together with their families at the Ekamai Thai Church, Bangkok. The five pastors who received the ordination were: Dr. Franklin Hutabarat of AIU Church, Pr. Thana Hansuwanchai, Pr. Thanyatad Namphila, Pr. Sittichai Seksantisakun, and Pr. Kalu Hser Paul.

Pastor Nipitpon Pongteekatasana, the Ministerial Secretary of SAUM delivered a timely message reminding the pastors and the believers of the “Characteristics of the Pastor.” He

To elaborate these characteristics, Pastor Nipitpon beautifully presented Bible verses and connected them with the Spirit of Prophecy to encourage the pastors to remind them that their calling is very special.

After the message, Pastor Luesak Yangkullwat, Executive Secretary of TAM, presented the candidates to be ordained to Pastor Nipitpon Pongteekatasana, the Ministerial Secretary of SAUM. He accepted them and said, “On behalf of the Southeast Asia Union Mission, I would like to accept and dedicate these five pastors for the ordination.”

Once the candidates were accepted for ordination, Pastor Somchai Chuenjit, President of SAUM, charged all the five pastors. In his charge, Pastor Somchai said, “God has called you to the work of ministry. The Church has recognized God is calling you, and by the ceremony of praying and placing the ministers’ hands on your head you are authorized as an ordained minister. This is the highest position that God calls men to. This is a very high honor, but such honor also involves great responsibility. I charge that you live your life much like Jesus’ example as you can.”

After the charge, Ms. Jeros Liah, Shepherdess Director of SAUM, virtually addressed the wives of the pastors and encouraged them to support their husbands in the ministry by “treating all church members alike, work actively with the youth, assist the husbands in pastoral visitations, take interest in the outreach programs, take care of home and family, and bring children in the love and nurture of the Lord.”

Dr. Franklin Hutabarat, the chaplain of the Asia Pacific International University (AIU), said, “I felt so blessed and privileged to be called and ordained by God to serve in His vineyard together with four other ministers. I thank the leadership of SAUM and TAM for including me in this wonderful and enlightening experience.”

To mark the end of the ordination service, Pastor Niratisai Aipan, TAM President, proposed vote of thanks by saying, “You are a representative of the Lord on earth, and you are a minister of the gospel on earth.” Finally, Pastor Pada Tarasapanan distributed the certificates to the ministers. 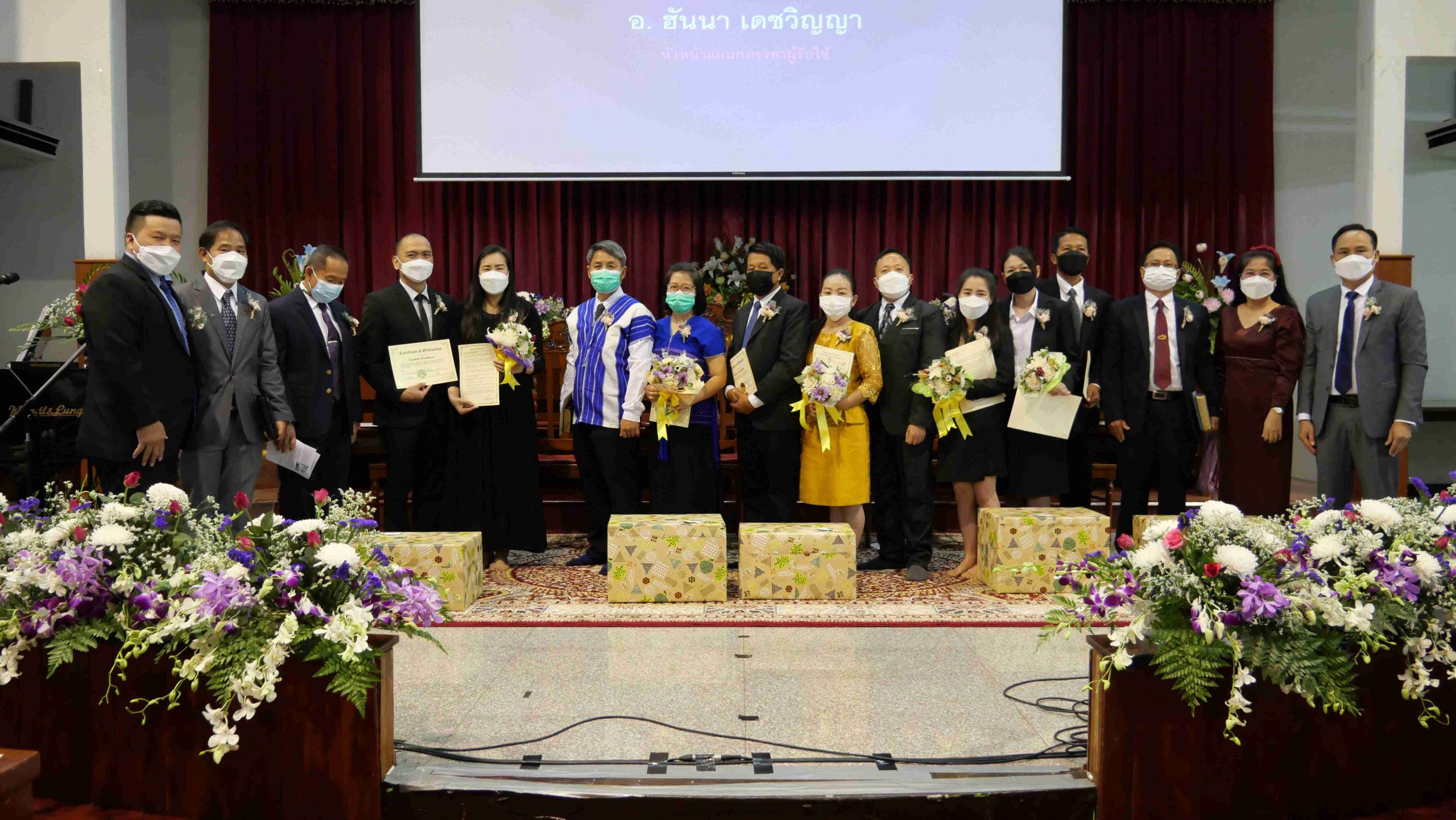 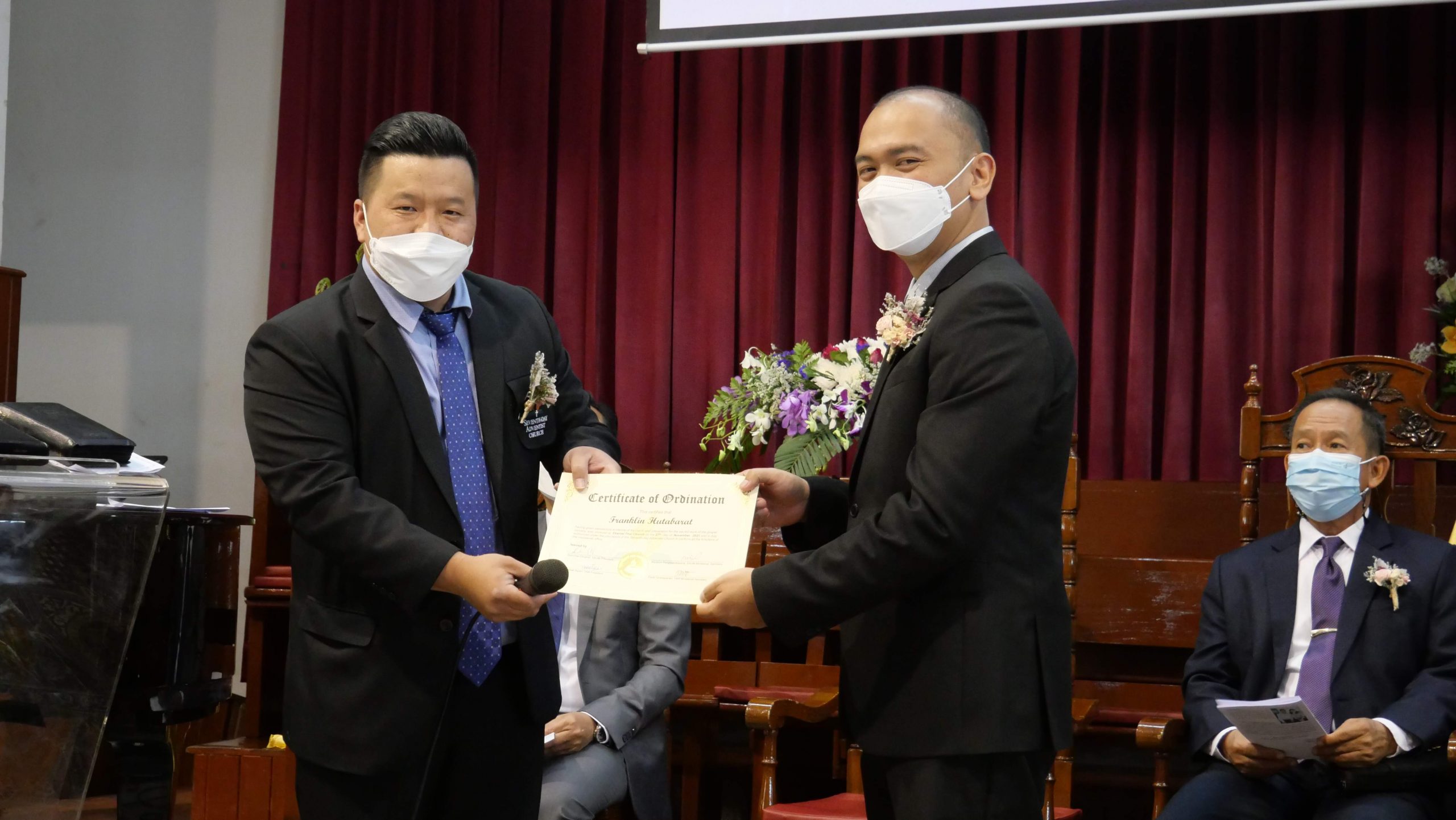 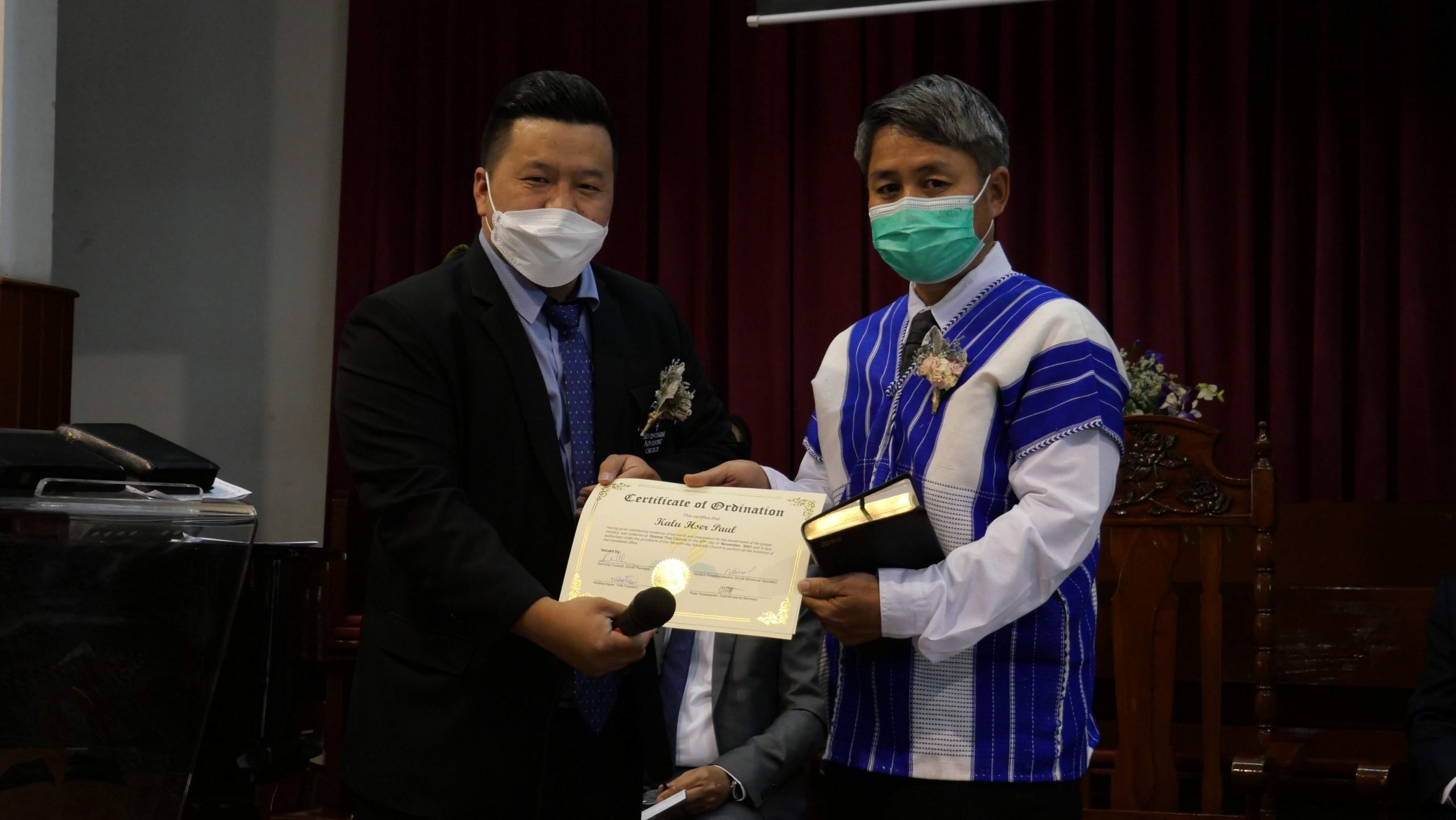 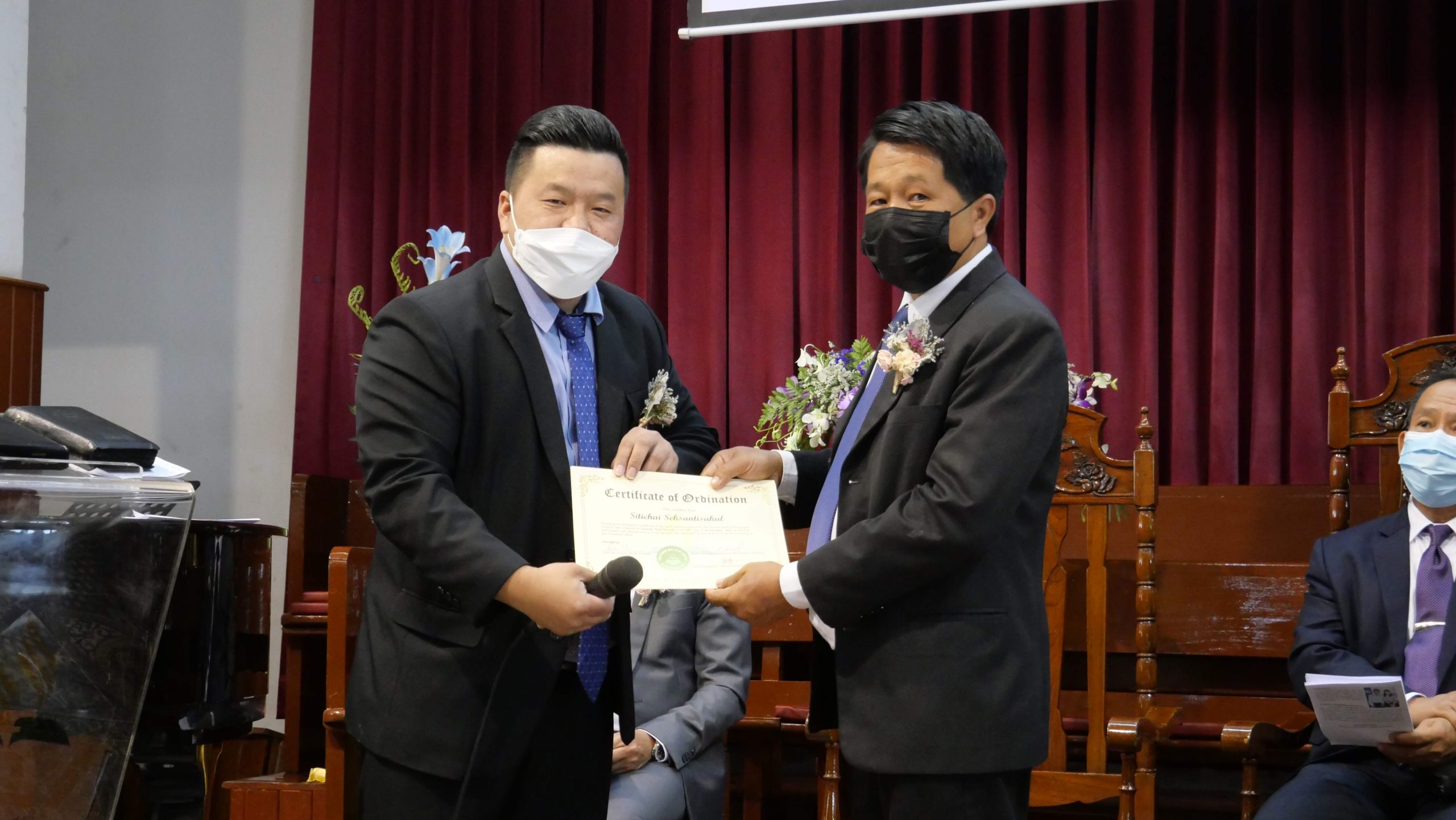 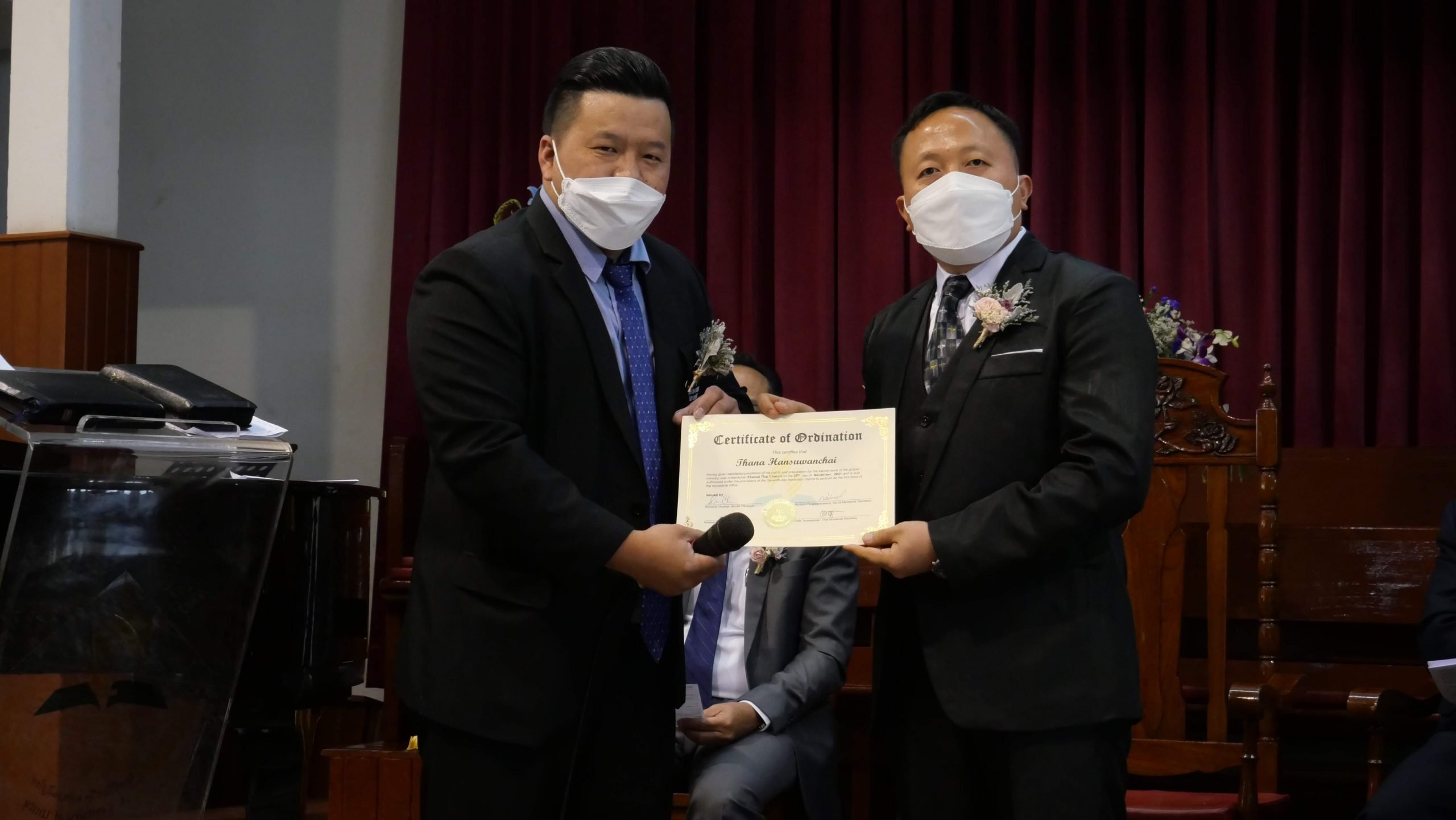 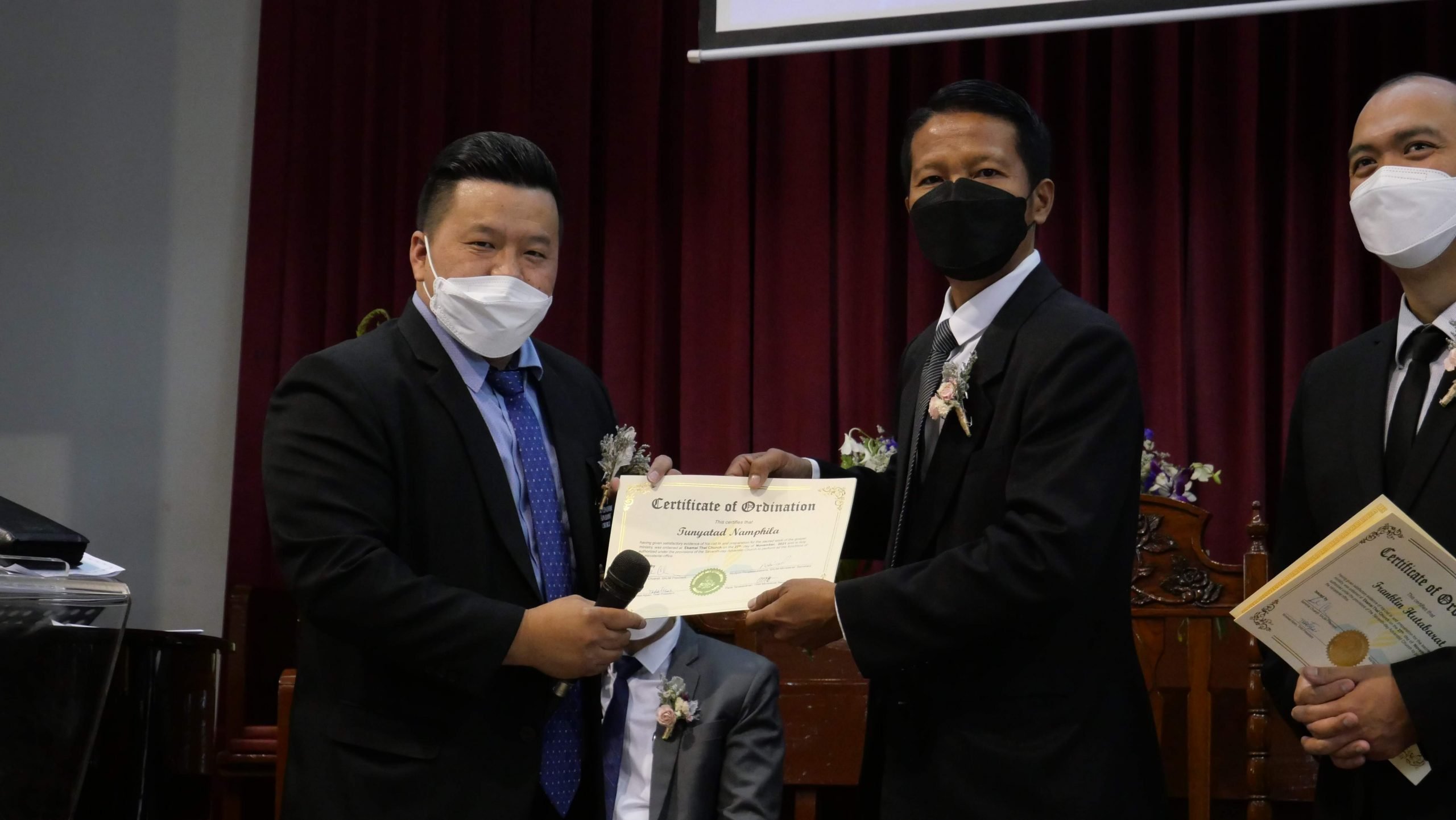